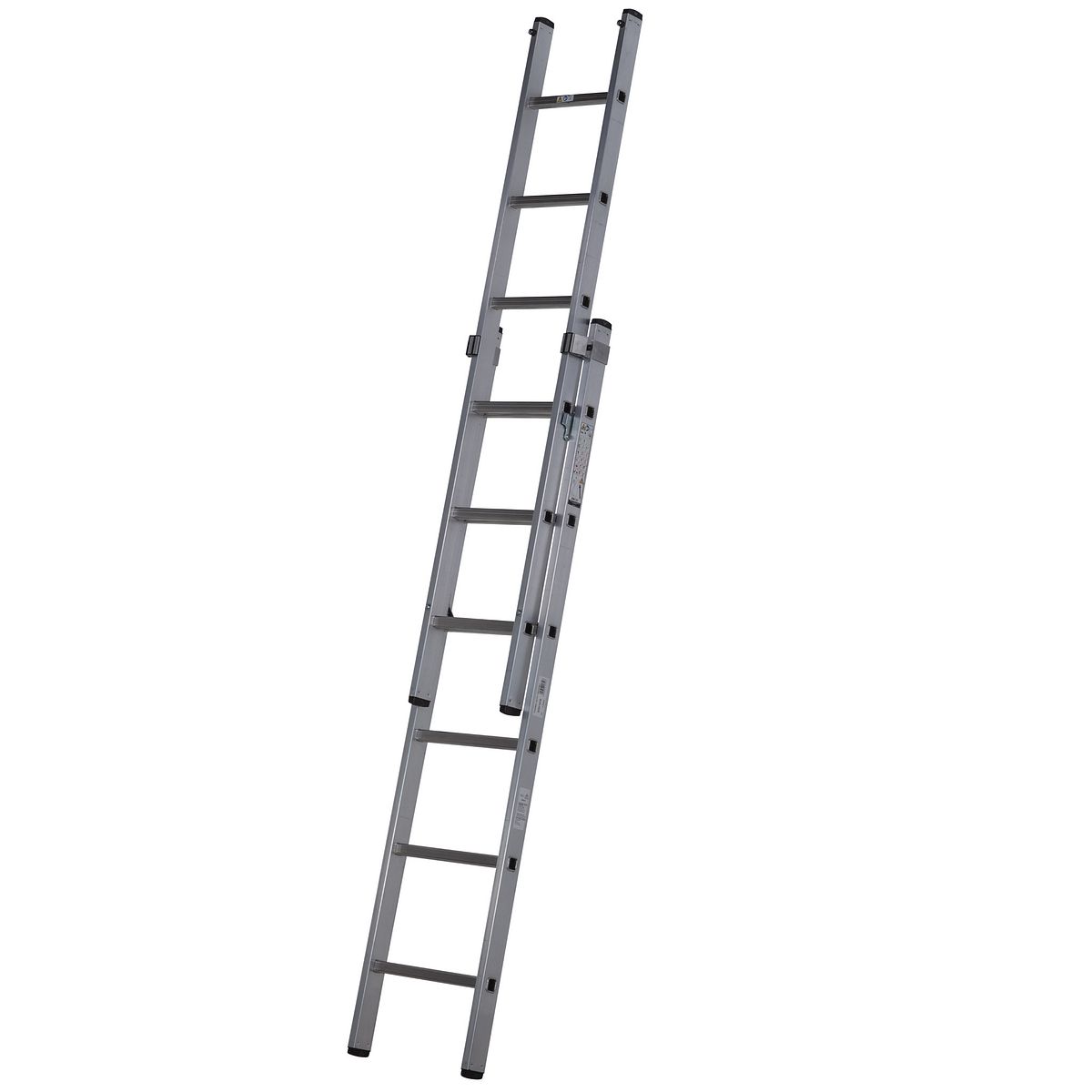 No exceptions will be made, if you took advantage of any of the values, rebates, discounts and perks of the Platinum Membership, JCCayer. The paper reported that around noon, it was discovered that the ringing had caused the crack to be greatly extended, and that "the old Independence Bell The most common story about the cracking of the bell is that it happened when the bell was rung upon the death of the Chief Justice of the United States , John Marshall.

This story originated in , when the volunteer curator of Independence Hall, Colonel Frank Etting, announced that he had ascertained the truth of the story.

While there is little evidence to support this view, it has been widely accepted and taught. Other claims regarding the crack in the bell include stories that it was damaged while welcoming Lafayette on his return to the United States in , that it cracked announcing the passing of the British Catholic Relief Act , and that some boys had been invited to ring the bell, and inadvertently damaged it. David Kimball, in his book compiled for the National Park Service, suggests that it most likely cracked sometime between and , either on the Fourth of July or on Washington's Birthday.

In an piece, "The Liberty Bell", Philadelphians were castigated for not doing more for the abolitionist cause. Two years later, in another work of that society, the journal Liberty featured an image of the bell as its frontispiece, with the words "Proclaim Liberty". The same year, William Lloyd Garrison 's anti-slavery publication The Liberator reprinted a Boston abolitionist pamphlet containing a poem entitled "The Liberty Bell" that noted that, at that time, despite its inscription, the bell did not proclaim liberty to all the inhabitants of the land.

A great part of the modern image of the bell as a relic of the proclamation of American independence was forged by writer George Lippard. At the most dramatic moment, a young boy appears with instructions for the old man: to ring the bell. It was subsequently published in Lippard's collected stories. Lossing 's The Pictorial Field Guide to the Revolution published in as historical fact, [38] and the tale was widely repeated for generations after in school primers.

In , with the rise of interest in the bell, the city decided to move it to the Assembly Room also known as the Declaration Chamber on the first floor, where the Declaration and United States Constitution had been debated and signed.

The Liberty Bell was displayed on that pedestal for the next quarter-century, surmounted by an eagle originally sculpted, later stuffed. Due to time constraints, only a small fraction of those wishing to pass by the coffin were able to; the lines to see the coffin were never less than 3 miles 4. In , city officials discussed what role the bell should play in the nation's Centennial festivities. Some wanted to repair it so it could sound at the Centennial Exposition being held in Philadelphia, but the idea was not adopted; the bell's custodians concluded that it was unlikely that the metal could be made into a bell that would have a pleasant sound, and that the crack had become part of the bell's character.

The metal used for what was dubbed "the Centennial Bell" included four melted-down cannons: one used by each side in the American Revolutionary War, and one used by each side in the Civil War. That bell was sounded at the Exposition grounds on July 4, , was later recast to improve the sound, and today is the bell attached to the clock in the steeple of Independence Hall. Between and , the Liberty Bell made seven trips to various expositions and celebrations.

Each time, the bell traveled by rail, making a large number of stops along the way so that local people could view it. Large crowds mobbed the bell at each stop.

Davis delivered a speech paying homage to it, and urging national unity. The city placed the bell in a glass-fronted oak case. A guard was posted to discourage souvenir hunters who might otherwise chip at it. By , the bell had made six trips, and not only had the cracking become worse, but souvenir hunters had deprived it of over one percent of its weight.

The city finally decided to let it go as the bell had never been west of St. Louis, and it was a chance to bring it to millions who might never see it otherwise. The bell was taken on a different route on its way home; again, five million saw it on the return journey. Chicago tried again, with a petition signed by 3. Both efforts failed. In , one of Independence Hall's exterior doors was replaced by glass, allowing some view of the bell even when the building was closed. Once the war started, the bell was again a symbol, used to sell war bonds.

The idea provoked a storm of protest from around the nation, and was abandoned. Officials then considered building an underground steel vault above which it would be displayed, and into which it could be lowered if necessary. The project was dropped when studies found that the digging might undermine the foundations of Independence Hall. After World War II , and following considerable controversy, the City of Philadelphia agreed that it would transfer custody of the bell and Independence Hall, while retaining ownership, to the federal government.

The city would also transfer various colonial-era buildings it owned. In the postwar period, the bell became a symbol of freedom used in the Cold War. The bell was chosen for the symbol of a savings bond campaign in The purpose of this campaign, as Vice President Alben Barkley put it, was to make the country "so strong that no one can impose ruthless, godless ideologies on us".

Almost from the start of its stewardship, the Park Service sought to move the bell from Independence Hall to a structure where it would be easier to care for the bell and accommodate visitors. The first such proposal was withdrawn in , after considerable public protest.

The Independence National Historical Park Advisory Committee proposed in that the bell be moved out of Independence Hall, as the building could not accommodate the millions expected to visit Philadelphia for the Bicentennial. Instead, in , the Park Service proposed to build a smaller glass pavilion for the bell at the north end of Independence Mall, between Arch and Race Streets. Philadelphia Mayor Frank Rizzo agreed with the pavilion idea, but proposed that the pavilion be built across Chestnut Street from Independence Hall, which the state feared would destroy the view of the historic building from the mall area.

During the Bicentennial, members of the Procrastinators' Club of America jokingly picketed the Whitechapel Bell Foundry with signs "We got a lemon" and "What about the warranty? In , the Park Service began preliminary work on a redesign of Independence Mall. The first proposed a block-long visitors center on the south side of Market Street, that would also house the Liberty Bell. This would have interrupted the mall's three-block vista of Independence Hall, and made the bell visible only from the south, i.

Chestnut Street. The second alternative placed a similar visitors center on the north side of Market Street, also interrupting the mall's vista, with the bell in a small pavilion on the south side. He created his own plan that included a domed bell pavilion built north of Market Street.

The Olin Partnership was hired to create a new master plan for Independence Mall; its team included architect Bernard Cywinski , who ultimately won a limited design competition to design what was called the Liberty Bell Center LBC. Cywinski's design was unveiled in early Inside the LBC, visitors pass through a number of exhibits about the bell before reaching the Liberty Bell itself. Due to security concerns following an attack on the bell by a visitor with a hammer in , the bell is hung out of easy reach of visitors, who are no longer allowed to touch it, and all visitors undergo a security screening.

It hangs from what is believed to be its original yoke, made from American elm.

apollomedi.com/images/34/comment-espionner-un.html The crack ends near the attachment with the yoke. Professor Constance M. It is not as beautiful as some other things that were in Independence Hall in those momentous days two hundred years ago, and it is irreparably damaged. Perhaps that is part of its almost mystical appeal. Like our democracy it is fragile and imperfect, but it has weathered threats, and it has endured. In addition to the replicas that are seen at Independence National Historical Park, early replicas of the Liberty Bell include the so-called Justice Bell or Women's Liberty Bell, commissioned in by suffragists to advocate for women's suffrage.

This bell had the same legend as the Liberty Bell, with two added words, "establish justice", words taken from the Preamble to the United States Constitution. It also had the clapper chained to the bell so it could not sound, symbolizing the inability of women, lacking the vote, to influence political events. The Justice Bell toured extensively to publicize the cause. 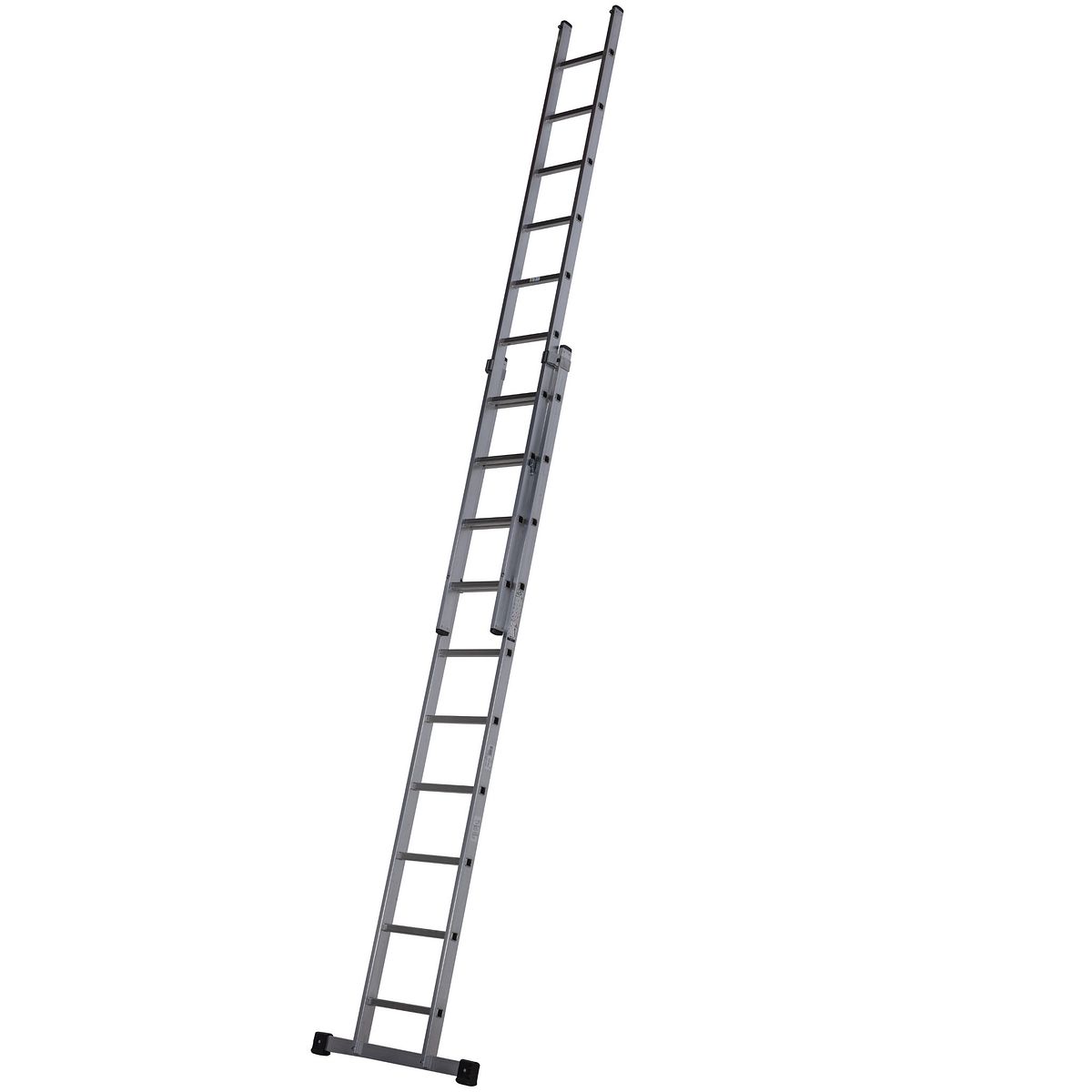 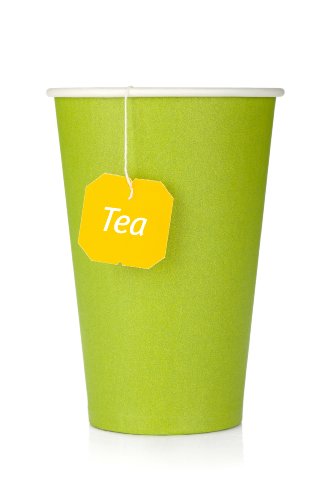 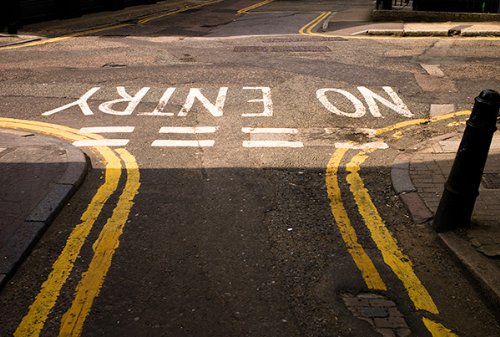 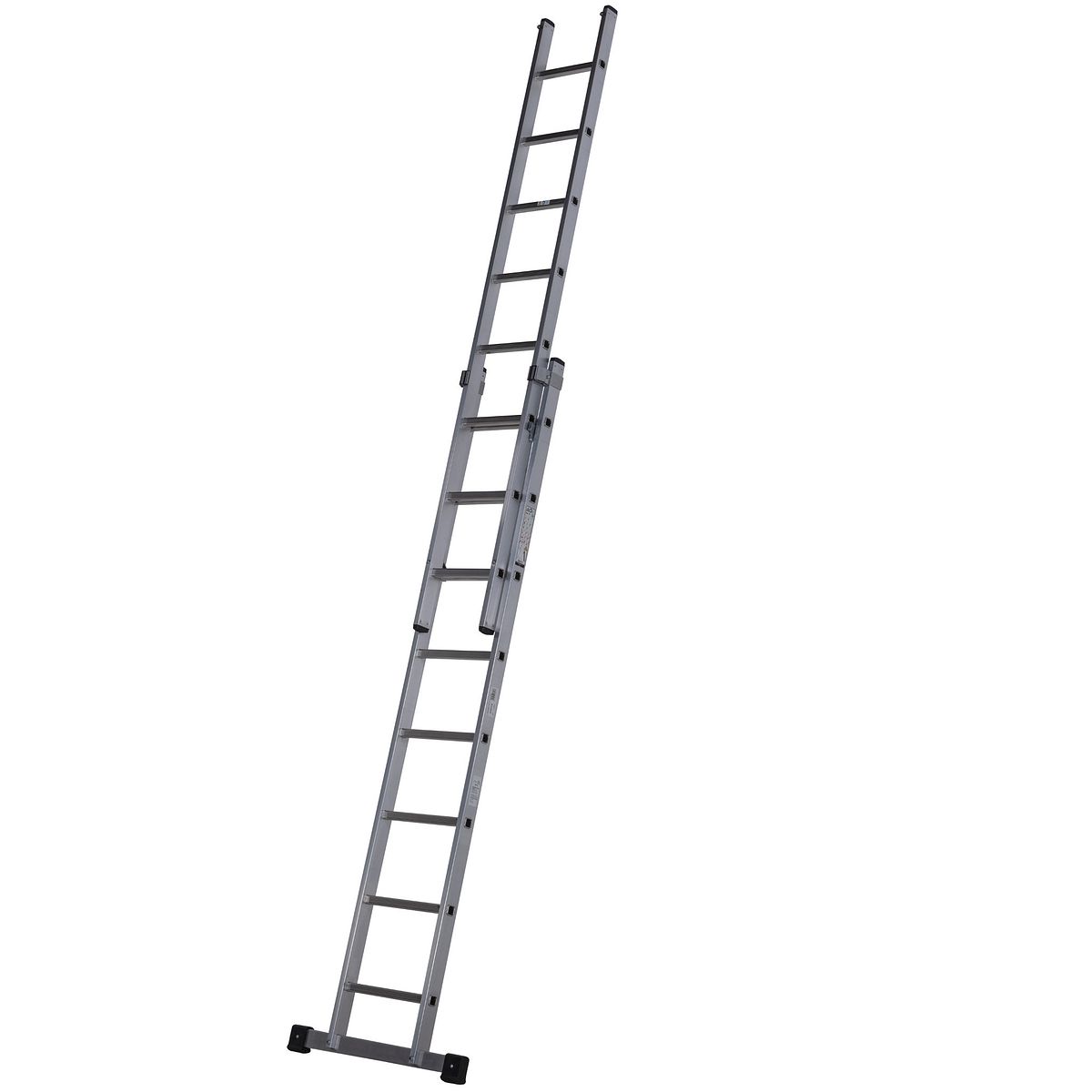 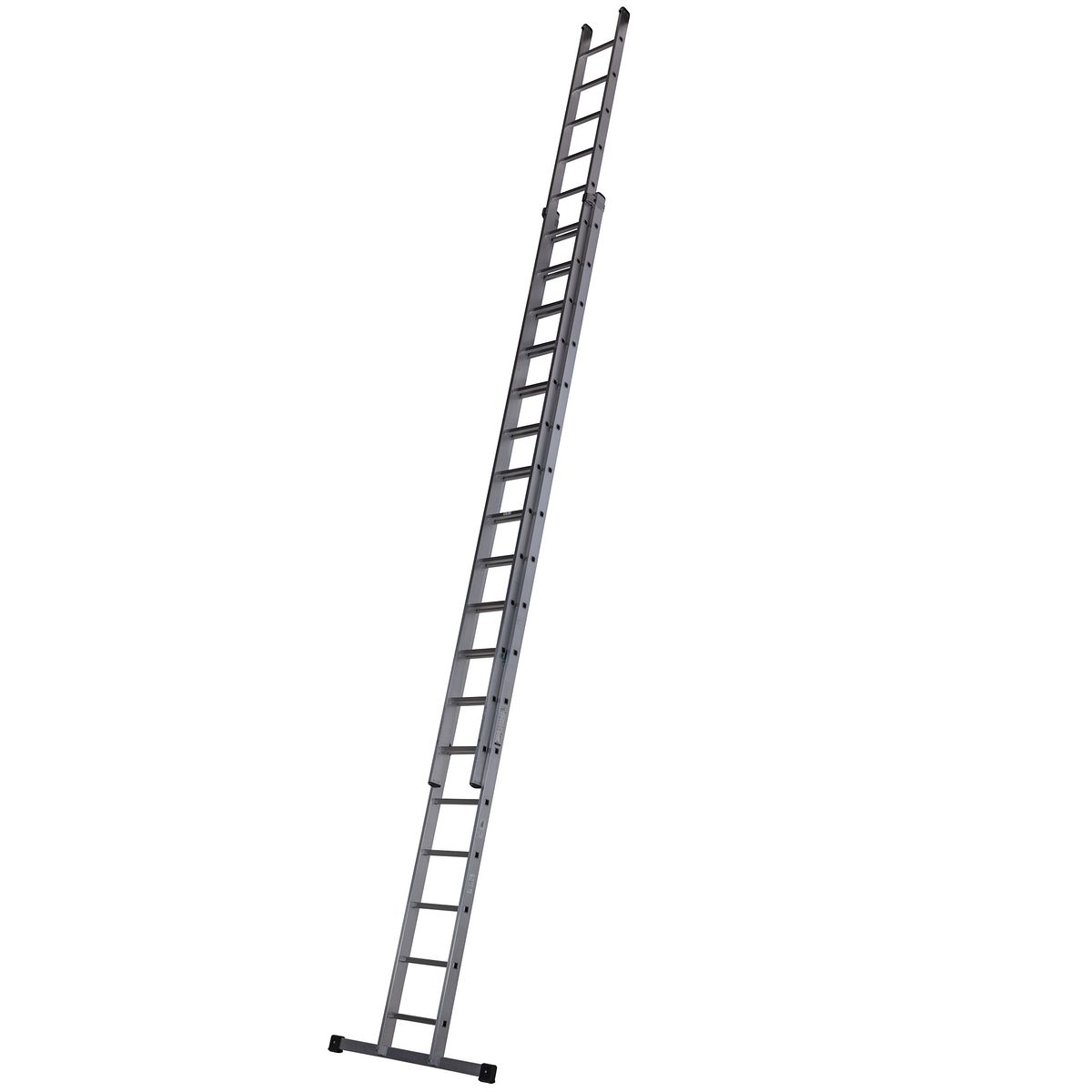