One day, Stephen's doctor sat us down and told us that Stephen needed an operation to remove his spleen.

Without it, he said, he would 'go to sleep and never wake up'. Those were his exact words. Looking back, I believe the doctor was guiding us towards allowing our son to pass away naturally, but we were not much more than children ourselves, in our mids, and didn't understand then what he was trying to do for us. I wish we had - it would have spared us all a great deal of pain. Instead he had the operation and spent five weeks at Great Ormond Street Hospital recovering, with me at his bedside as often as possible.

A year-old mother has a one-in-1, chance of giving birth to a baby with Down's Syndrome, rising to one in at the age of His weekend visits home became harder to bear as he grew older. I didn't drive, so would take him into Canterbury on the bus to do the shopping. However, more often than not, he would refuse to get off the bus and sit in the middle of the aisle where people would have to climb over him.

So we'd have to wait for the bus to turn around and go back past our house where I'd have to get Andrew to help me physically remove Stephen from the bus. It made me very reluctant to leave the house, but even at home he would use sit-down protests as a way of refusing to go to bed, get dressed, get in the bath and even eat.

But then, when Stephen was 11, he came back to live with us full-time for 18 months. They were the longest 18 months of our lives. I barely left the house because I couldn't take Stephen with me, nor did I dare risk leaving him home alone. He was still incontinent, barely able to communicate, and getting bigger, which made moving him when he staged one of his sit-downs even more difficult.


Role reversal: Roy and Gillian are reaching an age where their son should be looking after them. Again my mental health began to suffer. So it came as a huge relief when, aged 13, a place came up for him at a boarding school for children with learning difficulties in Folkestone. Since leaving school he has lived in about five different local authority houses, visiting us every other weekend and for holidays. He now lives in sheltered accommodation in Kent with two women who also have Down's, and where they have hour support from carers.

When we go to pick him up at the weekends, we have no idea what will happen. Sometimes he refuses to come with us, sometimes he insists on being taken back to the home as soon as he's had a biscuit and a drink of water or, if we're lucky, he will be happy to stay. He came home last Christmas Eve and we all went to a neighbour's party, which he enjoyed.

The following morning he opened his presents and then insisted I take him home immediately. When we take Stephen shopping, or to restaurants, he stages sit-down strikes, just as he did on the aeroplane, and will refuse to move for up to three hours.

And what life is that for a grown man? Don't misunderstand me, we have had some lovely times with Stephen. Like when we took him to Disney World in Florida ten years ago. He loved the rides - his favourite was Dumbo the Flying Elephant - although poor Roy had to accompany him on every single one.

At times like these he's brought a magical, childlike quality to our lives, but I'd trade every single one in a heartbeat for the joy of seeing him settled with a wife and children, or established in a career. I'm sure I will mourn missing out on seeing him achieve these milestones until the day I die. And that brings me to my other big worry.

I feel pretty sure now that Stephen will outlive his father and me and I do not know how he will cope after we're gone. He just won't have the mental capability to understand why we're not turning up to collect him any more. And, once we're gone, who will keep him safe? When he lived in his first local authority home after leaving boarding school aged 18, we'd notice bruises on his arms when he visited at the weekends.

We were convinced he was being physically abused - he said that one of his carers had pushed him into a swimming pool - and we fought very hard to get him moved out of that home. Only a parent of disabled children can truly understand those fears that will haunt you beyond the grave. Of course, although we've never said it out loud, I think Andrew is very much aware he will be ultimately responsible for Stephen.

BE THE FIRST TO KNOW

Something like that is never voiced, it's just an automatic responsibility. And I feel terribly guilty about that. He lives hundreds of miles away in Cornwall and is about to become a father for the first time, aged His partner is 38 and, thankfully, they were at no greater risk than anyone else of having a Down's baby.

Was Gillian right to keep her Down's baby? We want your personal views and stories. Email: dm. Years ago, I was so worried about history repeating itself that Andrew, Roy and I went for genetic counselling at Guy's Hospital in London and found Stephen was just 'bad luck'.

I say 'bad luck', but that's the greatest understatement that anyone can imagine. And so I appeal to every mother-to-be out there, facing the knowledge that they may bring a child like Stephen into this world. Read my story and do what is right for you and your family.

As told to Helen Carroll. The views expressed in the contents above are those of our users and do not necessarily reflect the views of MailOnline. Rising risks A year-old mother has a one-in-1, chance of giving birth to a baby with Down's Syndrome, rising to one in at the age of Most watched News videos Lesbian couple involved in homophobic bus attack arrive at court Jeremy Corbyn calls for review of the paroling of violent prisoners IS bride Lisa Smith arrested after arriving in Ireland from Syria Boris Johnson calls for an end to automatic prison release A delivery driver stops two men before police officer arrests them Armed police point guns on London Bridge during incident Jeremy Corbyn reacts to London Bridge terrorist attack Unmarked police officers drive from house of terrorist's brother Adorable sleepy panda cub gets hiccups as it is about to doze off Bus passengers watch as police and civilians wrestle with knifeman Prince William arrives for his first visit to Kuwait London Bridge bus passengers witness armed police pointing guns.

Ad Feature. Robbie Williams causes hilarity on the Loose Women set after he walks on while live Hello Big Boys! Plus-size female models are making a mint on the catwalk - now men want a slice of the pie How much would it cost to buy the home from YOUR favourite festive film? Femail tries Poundland's take on the beloved high street bake - with Cat owners share hilarious Snapchats of their felines getting up to mischief - including one who left his paw print in the bowl after stealing a sausage Prince Harry and Meghan Markle's wedding photographer Alexi Lubomirski says their newly released picture was an 'outtake from the rose garden following the happy reception' Chris Martin's sister Nicola Wren reveals she works THREE jobs to 'keep the money coming in' - and says she changed her surname to hide her connection to the Coldplay star Mother who dressed her son, 2, in the men's changing room of a swimming pool blasts a father for stripping naked - but others argue she should have gone into the women's facilities A breath of fresh air!

Prince Charles and Camilla enjoy a brisk walk following Sunday church service at Sandringham Student, 19, with ovarian cancer says it took THREE visits to the GP before she was referred for diagnosis - and claims doctors are quick to dismiss young people as 'over-dramatic' Feeling festive!

James Middleton and his fiancee Alizee looked loved-up during a rare public outing as they pick out a Christmas tree in Battersea park The Price is all right! Princess Charlene of Monaco greets F1 driver Charles Leclerc at the Abu Dhabi Grand Prix as she takes a rare break from parenting after admitting raising twins can be 'exhausting' Revealed: The step guide to recreating a bouncy salon blow-dry at home - including ditching the nozzle and not 'overdrying' your hair Nightmare at Christmas! Mother is left outraged after Alexa blurts out her daughter's present - and she says it has 'ruined the surprise' Queen Maxima of the Netherlands reveals her daughter Princess Catharina-Amalia will NOT have 'a big celebration' to mark her sweet sixteen - as she 'still has a lot of schoolwork to do' Would you gobble it?

Missguided - Missguided Statement Fashion Deals. Strut the streets with the latest styles from Missguided. Very discounts - Save with Very. Back to top Home News U. The Day My Baby Was Born gives moms-to-be a full sense of what to expect, through real stories from real people - the voices of friends, sisters, neighbors, and others sharing their own thoughts on the incredible moment.

Lynda Lipske That can't be right! Lindsay A. I rec'd this book last week and read it in 3 days! It is awesome to read birth stories from women and I appreciate that they shared their stories. The stories are so much fun and will make ANY first LOVE this book so much. The stories are funny and well written from moms. It makes me less scared for my big day approaching in 3 months! 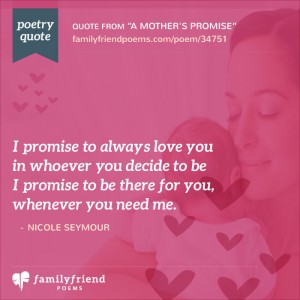 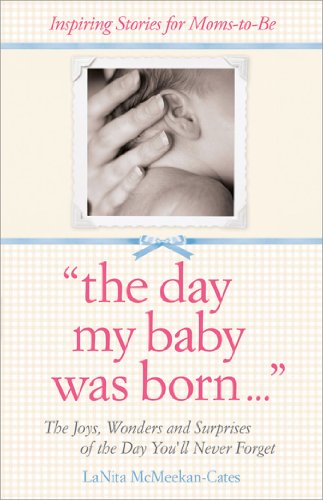 Related Day My Baby Was Born: The Joys, Wonders, and Surprises of the Day Youll Never Forget